NEWS - ART: The Fabric of Life by Penny Oliver

The Fabric of Life

"The Fabric of Life" is about the pituitary gland (hypophysis). This painting presents the grandeur of this tiny little gland by visually connecting so many of the organs it serves and displaying the intricate portal system. In this piece I have represented the hormones excreted by the pituitary as flowing drapes of fabric (thus the title). Each of the drapes depicts the histology of eight of the organs that rely on the pituitary for proper function. They are shown, from left to right: thyroid, adrenal gland, breast, ovary, testis, bone, kidney, uterine smooth muscle. The carotid artery sits in the background as a reminder of the importance of the blood flow to carry the hormones throughout the body. I have taken the wall of the artery off in layers to expose the smooth muscle, the elastic membrane and the endothelium. I have shown the cells of the adenohypophysis as well as the neurohypophysis (with herring bodies). The blood supply is intricately woven throughout. The hypothalamus is present in that I have shown pathways for the neurosecretory cells to travel to the posterior lobe as well as to the hypophyseal portal system.

"The Fabric of Life" is about the pituitary gland (hypophysis). The painting represents the size of this small gland by visually connecting so many of the organs it serves and showing the intricate "portal system". In this piece I have represented the hormones secreted by the pituitary as flowing drapes of tissue (hence the title). Each of the drapes depicts the histology of eight of the organs that rely on the pituitary for proper functioning. Shown, from left to right: thyroid, adrenal gland, breast, ovary, testicle, bone, kidney, uterine smooth muscle. The carotid artery stands in the background as a reminder of the importance of blood flow to transport hormones throughout the body. I removed the artery wall in layers to expose the smooth muscle, elastic membrane and endothelium. I showed the cells of the adenohypophysis and the neurohypophysis (with herring bodies). The blood supply is intricately intertwined. The hypothalamus is present because I have shown the pathways that neurosecretory cells use to travel to the posterior lobe and to the pituitary "portal system". 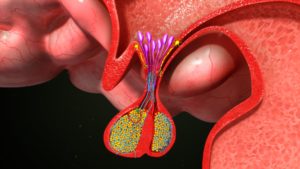 Pituitary adenoma and endonasal endoscopy Pituitary adenoma is a benign tumor, affecting the pituitary gland and in particular its anterior part (adenohypophysis). No precise risk factors have been ascertained, with the exception of familiarity. To understand the possible consequences, it is true 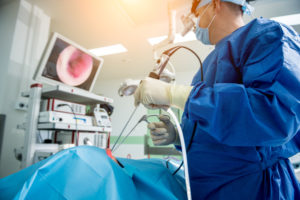 Pituitary Adenoma: Surgery To address this benign pituitary tumor, surgery is often required, unless it is a pituitary adenoma that secretes prolactin or growth hormone. In such cases, a 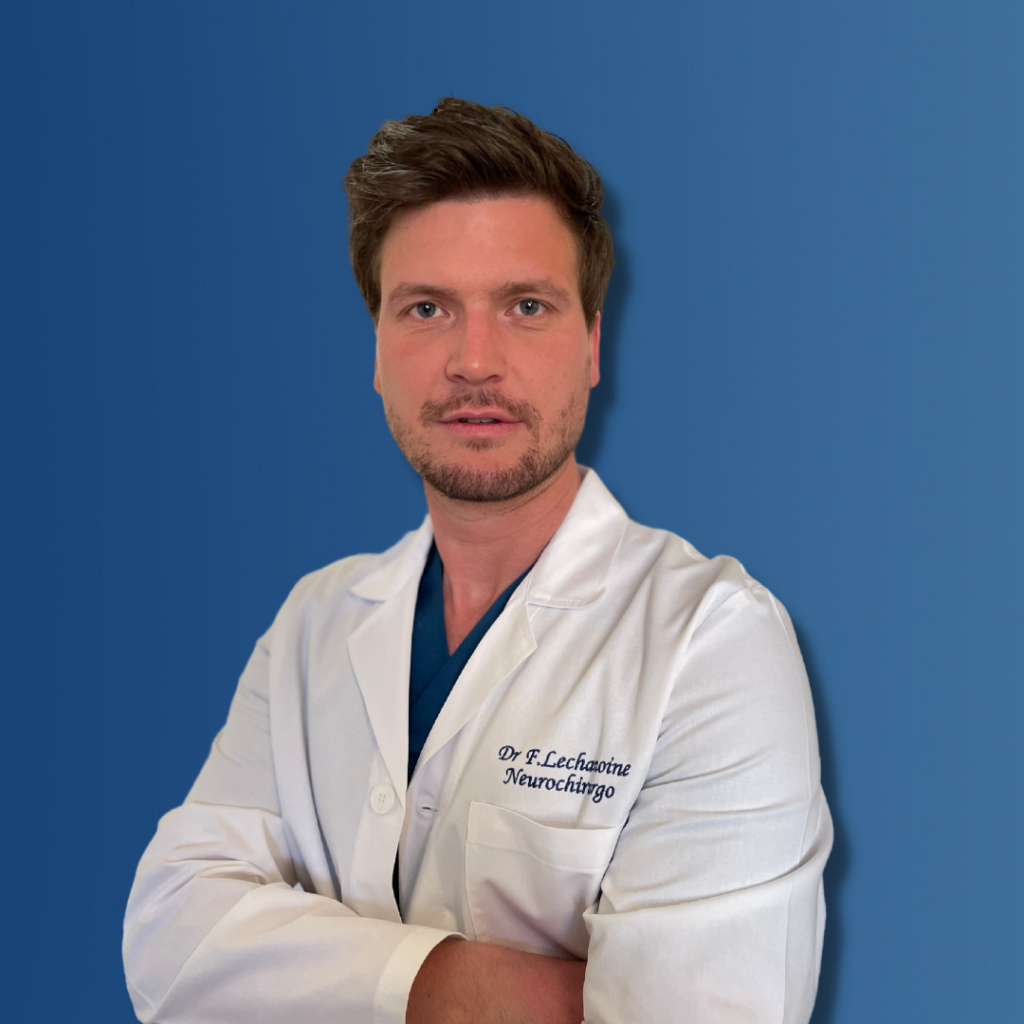 Senior Consultant Neurosurgeon, specialist in Cerebral, Vertebral minimally invasive and pediatric surgery, at the Maria Cecilia Hospital in Cotignola, the Piccole Figlie Hospital in Parma and the Domus Nova in Ravenna, highly specialized hospitals, accredited by the NHS and affiliated with most of the international insurance circuits . 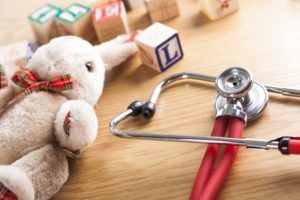 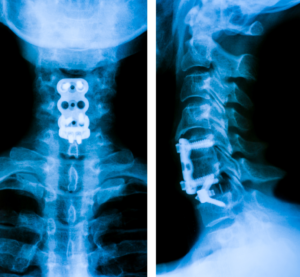 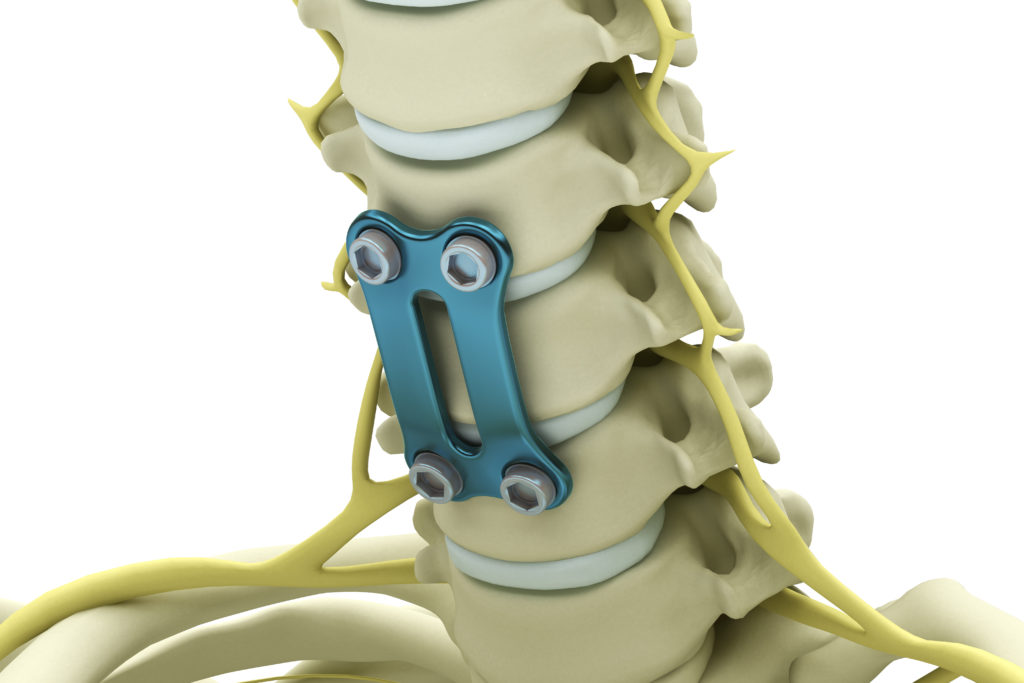 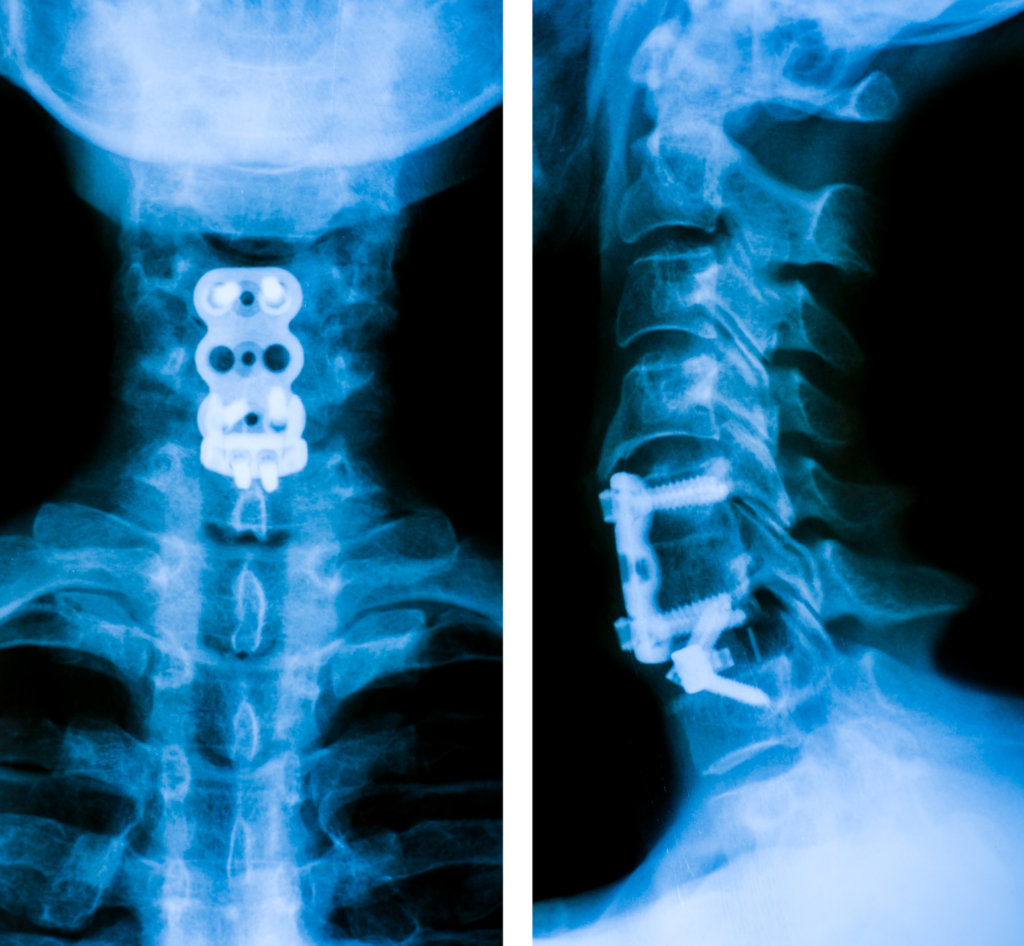 THEcervical arthrodesis or cervical vertebrae is a surgical procedure that allows you to join the bones of the highest part of the spine. It is particularly indicated when the patient suffers from Cervical disc herniation, myelopathy, cervical stenosis, cervical spondylosis, tumors, infections, trauma e deformations of various nature.

How is arthrodesis of the cervical vertebrae performed?

Since the surgery is performed in general anesthesia, in the preceding hours the patient must carefully follow the fasting instructions.

The neurosurgeon, according to the problem to be treated, the conformation of the spine, the area of ​​the cervical spine and any instability, chooses the most suitable approach for the patient: anterior or posterior or, more rarely, combined (both). Surgery generally consists of a decompression phase of the nervous system and another phase of vertebral fixation (arthrodesis) and eventual correction of deformation. The long-term goal is that the union of the bones is stable.

Cervical arthrodesis can then be performed anteriorly, therefore from the anterior side of the neck, e posteriorly. Moreover, both have pros and cons in equal measure: if cervical arthrodesis via the anterior way allows the neurosurgeon to effectively monitor the radicular (cervical nerves) and medullary compression and leads to a faster and more comfortable course, the posterior one. , although with a little longer hospitalization times, it implies less risk for the bowels, blood vessels and recurrent laryngeal nerve.

In addition, catheter and electrodes can be applied to the patient to control bladder and nerve function.

The neurosurgeon makes a horizontal or longitudinal incision on the neck and proceeds with one discectomy (excision of a cervical disc). Once the discectomy has been performed, it opens the cervical canal and the lateral foramina, removing any osteophytes (arthrosis beaks) and any disc herniation or protrusion, allowing the spinal cord and cervical nerves to be freed. You can then enter impianti in titanium or non-metallic, such as cages, plates, plate-cages fixed by screws.

As an alternative to the introduction of implants, it is therefore possible to take material, generally from the iliac crest or some vertebral elements (spinous processes and laminae), and perform a bone graft. Another solution involves using material of synthetic origin.

During the operation, which generally lasts from 30 to 90 minutes for a mono-level arthrodesis, it is also possible to intervene on more vertebrae.

The neurosurgeon makes a longitudinal incision behind the neck, removes and moves the muscles that support the head and generally proceeds with a laminectomy (removal of the posterior part of the cervical vertebrae), allowing to open the posterior half of the cervical canal and thus to free the spinal cord.

The arthrodesis phase consists of screwing the posterior part of the vertebrae and joining them by connecting the screws with titanium bars, previously shaped according to the surgeon's choice.

The surgery generally lasts from 60 minutes to 4 hours depending on the number of vertebrae on which to intervene. 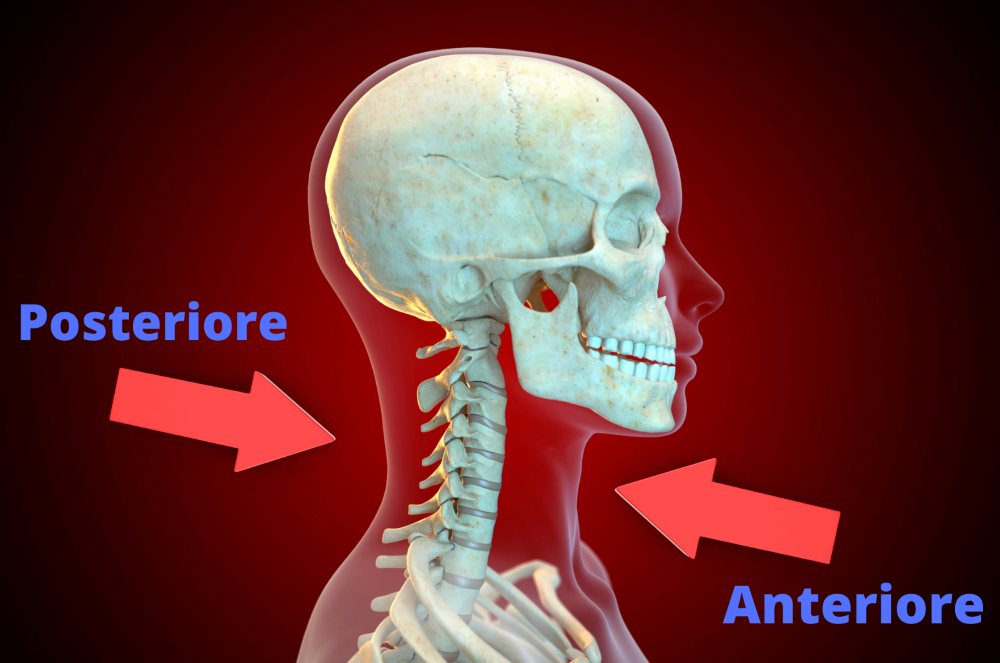 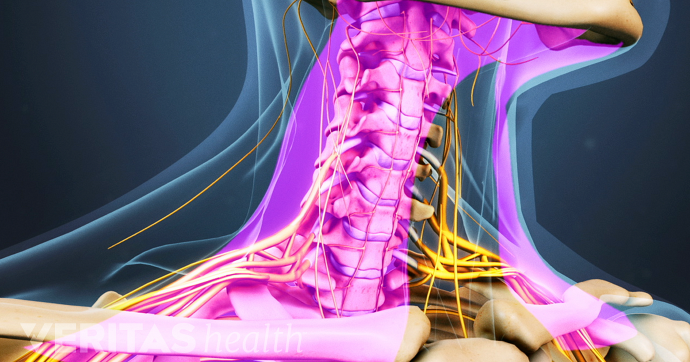 Explanatory video on discectomy and anterior cervical arthrodesis (in English) 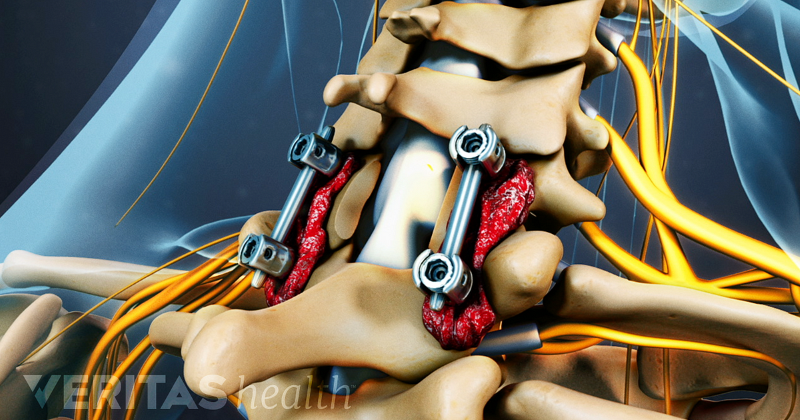 Explanatory video on laminectomy and posterior cervical arthrodesis (in English)

Immediately after the operation, the patient must remain in bed for a few hours for observation and can later get up quietly. In the following days, they will come carefully monitor the neurological situation and wound healing, to avoid possible infections. A postoperative control radiograph or CT scan will be taken.

Given the nature of the two cervical arthrodesis approaches, anterior or posterior, the possible complications vary according to the choice. After an anterior cervical arthrodesis, complications can be damage to the arteries, damage to the esophagus, dysphonia (voice disorder), dysphagia (swallowing disorder) ... It should also be remembered that metal implants can be victims of ruptures or malpositioning and in the long term the patient can develop an “adjacent segment”, a wear of the adjacent segments.

As mentioned, cervical arthrodesis and convalescence also relate differently depending on the technique used: anterior arthrodesis requires a shorter hospitalization and recovery times are faster, unlike what happens for posterior arthrodesis, which can result in more intense post-operative pain. After cervical arthrodesis surgery, the rehabilitation may require the patient to wear a support device, such as a cervical collar, for a few days. In other cases, the rest and attention to do not suddenly move your neck.

It is important to respect the deliveries that forbid carrying loads or to make efforts on the cervical spine in flexion / extension.

Muscle rehabilitation physiotherapy is recommended after any spine surgery, usually no earlier than 4-8 weeks. 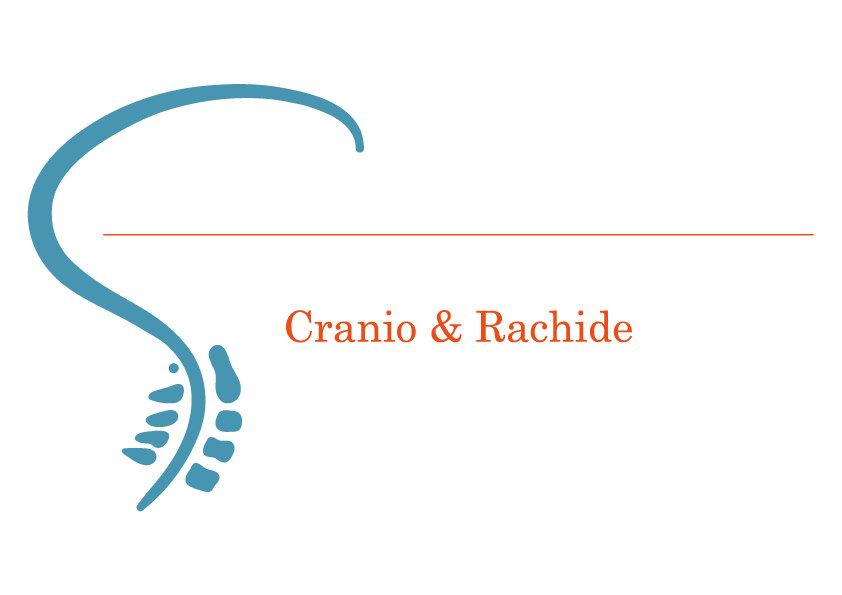 Senior Consultant neurosurgeon, specialist in Cerebral, Vertebral minimally invasive and pediatric surgery, at the Maria Cecilia Hospital in Cotignola, the Piccole Figlie Hospital in Parma and the Domus Nova in Ravenna, high specialty hospitals, accredited by the NHS and affiliated with most of the international insurance circuits.

Day of the surgery 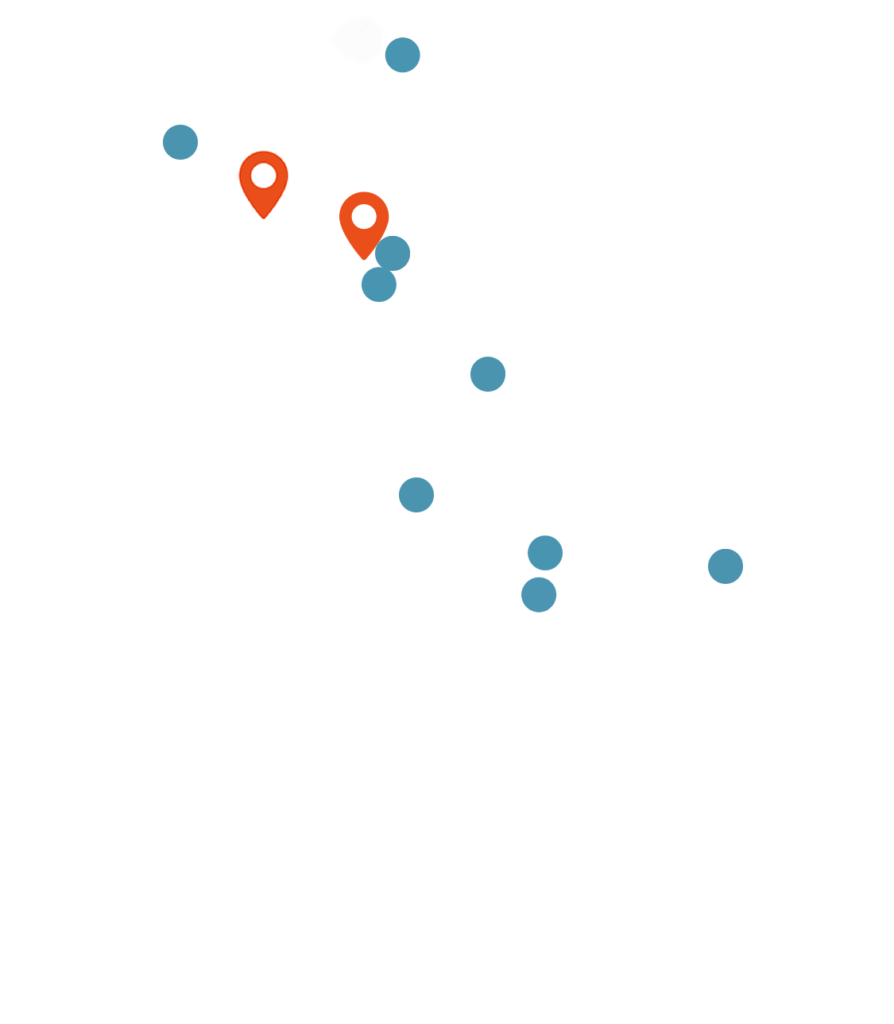 We use cookies on our website to give you the most relevant experience by remembering your preferences and repeating visits. By clicking "Accept" you consent to the use of ALL cookies.
Cookie settingsACCEPT
Manage consents

This website uses cookies to improve your experience while navigating through the website. Out of these, the cookies that are categorized as necessary are stored on your browser as they are essential for the working of basic functionalities of the website. We also use third-party cookies that help us analyze and understand how you use this website. These cookies will be stored in your browser only with your consent. You also have the option to opt-out of these cookies. But opting out of some of these cookies may affect your browsing experience.
Necessary Always enabled
Required cookies are absolutely essential for the website to function properly. These cookies ensure basic functionalities and security features of the website, anonymously.
Functional
Functional cookies help to perform certain functionalities like sharing the content of the website on social media platforms, collect feedback, and other third-party features.
Performance
Performance cookies are used to understand and analyze the key performance indexes of the website which help in delivering a better user experience for the visitors.
Analytics
Analytical cookies are used to understand how visitors interact with the website. These cookies help provide information on metrics on the number of visitors, bounce rate, traffic source, etc.
advertisement
Advertisement cookies are used to provide visitors with relevant ads and marketing campaigns. These cookies track visitors across websites and collect information to provide customized ads.
Others
Other uncategorized cookies are those that are being analyzed and have not been classified into a category as yet.
ACCEPT AND SAVE